This digital portfolio contains some of Ciara’s best work as a multi-media journalist, producer and video editor.

Colored in the Picture Promo Video, My Block 2014 Production

This video was edited by Ciara Campbell for the youth film and photography program she instructed from March 2014 through July 2014.

Poet Nikki Giovanni visits the cast of AWOL Inc’s Consequences and has an inspirational conversation. (January 29, 2014)

Chop Shop is a bi-monthly TV show and Podcast that documents the hip hop non-profit All Walks of Life Inc. Based in Savannah, Georgia, A.W.O.L. provides arts and technology education to youth in underserved communities.(Episode produced by Ciara Campbell, January 2014)

In this episode, AWOL takes the Act Up cast and sound design students to see Steve McQueen’s historical film, 12 Years A Slave. The film serves as an excellent reference for the students as they prepare for this year’s theater production and begin to learn how to transform into their characters.
The Sound design students learn the basics of audio production and set-up and breakdown for live events. And finally, AWOL’s Film program “My Block” presents a public service announcement encouraging healthy teen relationships, along with “AWOL Be Like…” a mild roast to past and present AWOL staff.

Ciara Campbell co-produced this short documentary about AWOL Inc, a youth arts based non-profit organization located in Savannah,GA. The video project was edited by Ciara, and the interviews as well as the photographs were shot by both Ciara Campbell and Tony Jordan.

Ciara Campbell served as the camera operator and video editor for this promotional video. This video was used to promote vendor slots for the Savannah Natural Hair Extravaganza.

This Project was created as an End-of-Year Video for the Gulfstream Student Leadership Project. Ciara Campbell is responsible for managing this project, recording all of the video and audio footage, as well as editing this short video project. 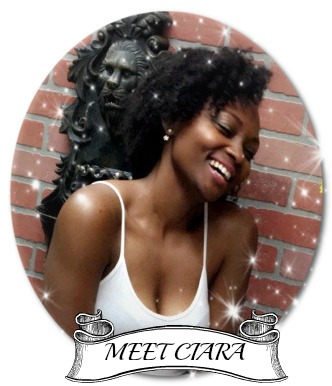